Well, well, well what a parkrun we had at Montacute this week, those of us that were lucky enough to run there, were in the same field as the Double Olympic Champion Dame Kelly Holmes. Kelly won the 800 and 1500 metres at the Athens Olympics in 2004 and is legend of British Middle distance running. I had a good conversation with her and she was not there in her role as parkrun ambassador but happened to be on a night out with friends in Sherborne and picked Montacute for her morning run. She is a lovely lady and was there for ages having her photo taken and chatting away. It was a beautiful hot day and Grahame was the Langport Runner most likely to impress Kelly with Andrew a close 2nd! It was a good weekend for the Armstrong’s as Katy was our leading lady.

It was GP Pledge Day at Yeovil Montacute, where parkrun was trying to get 1,000+ GPs and their staff to take part in their local parkruns across the country.

With large numbers expected at Montacute each week the core team have asked people to car share where possible and to arrive early.

Martin who had a break from his volunteering role, was the clubs only runner at Street this week and produced a good run with a time of 23.43 on his 45th parkrun.

Maggie was our closest runner to achieving a PB as she missed out by 14 seconds at Burnham-on-Sea.

Quick back to Theatre 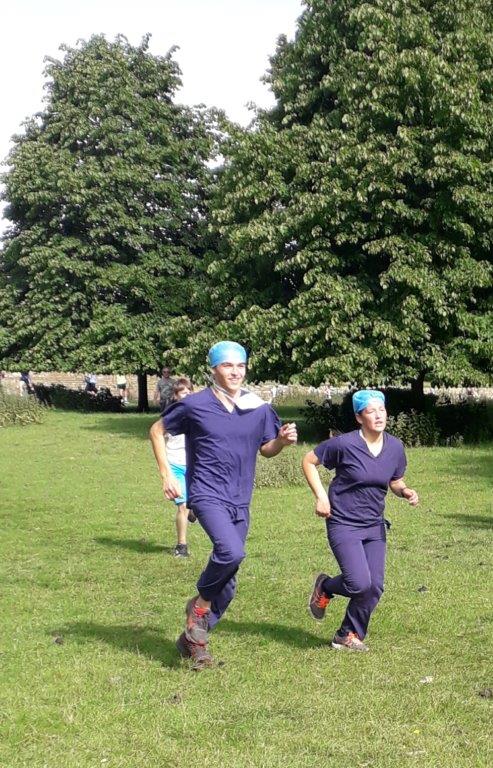 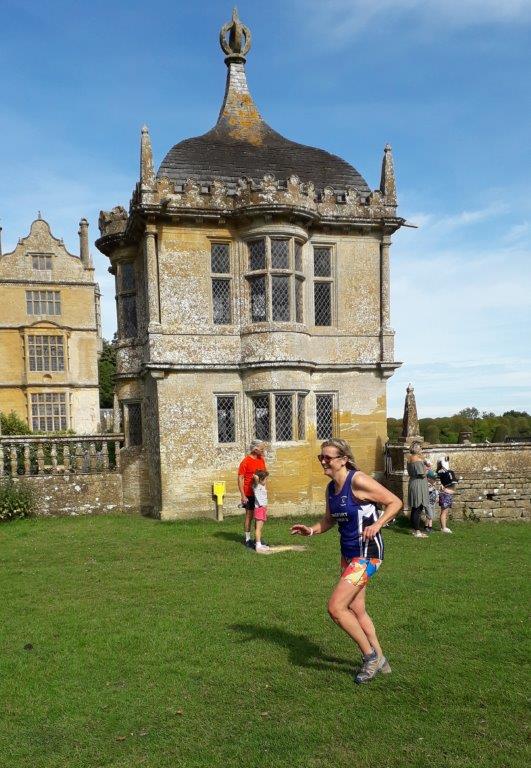 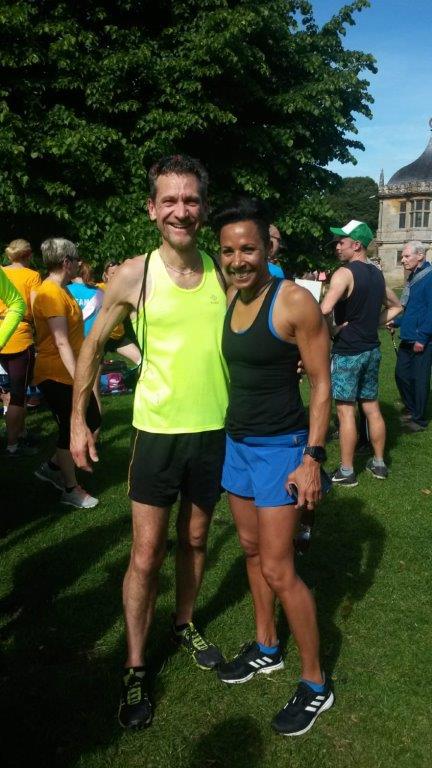 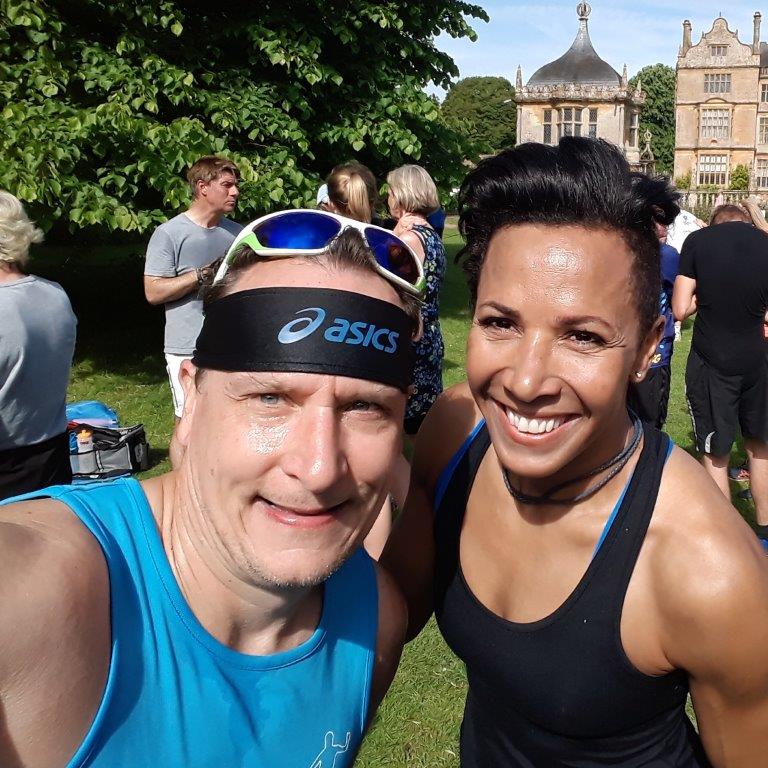 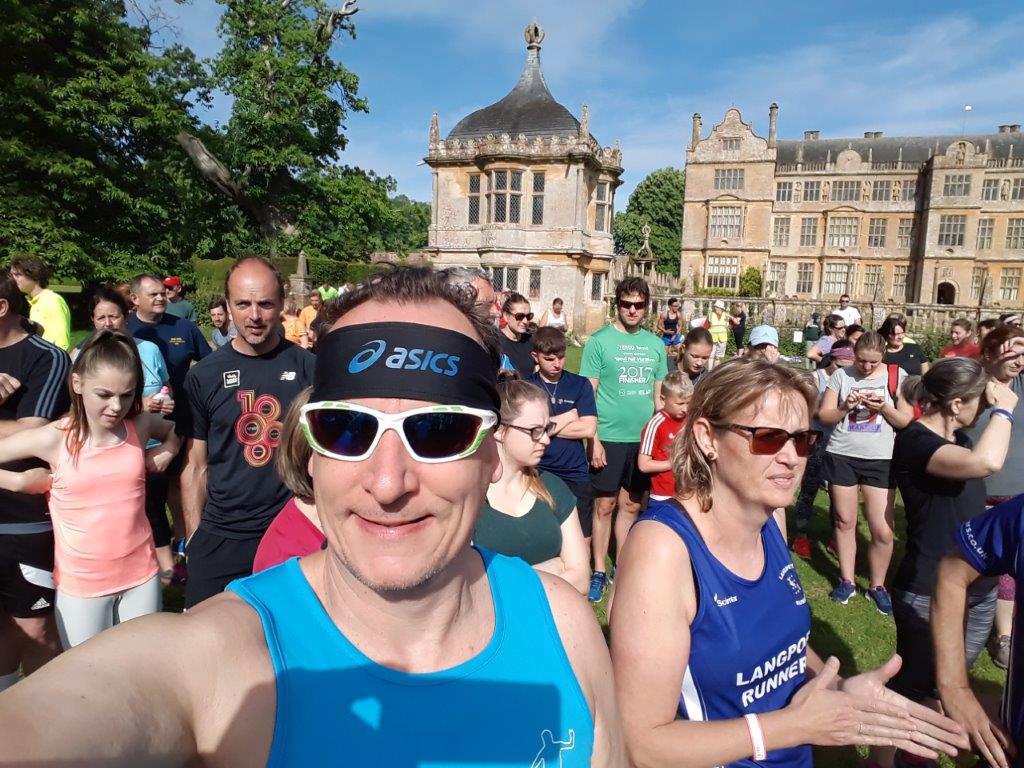 Grahame limbering up in the background,Amanda, Nick, Roxane and Carole (BHAM). 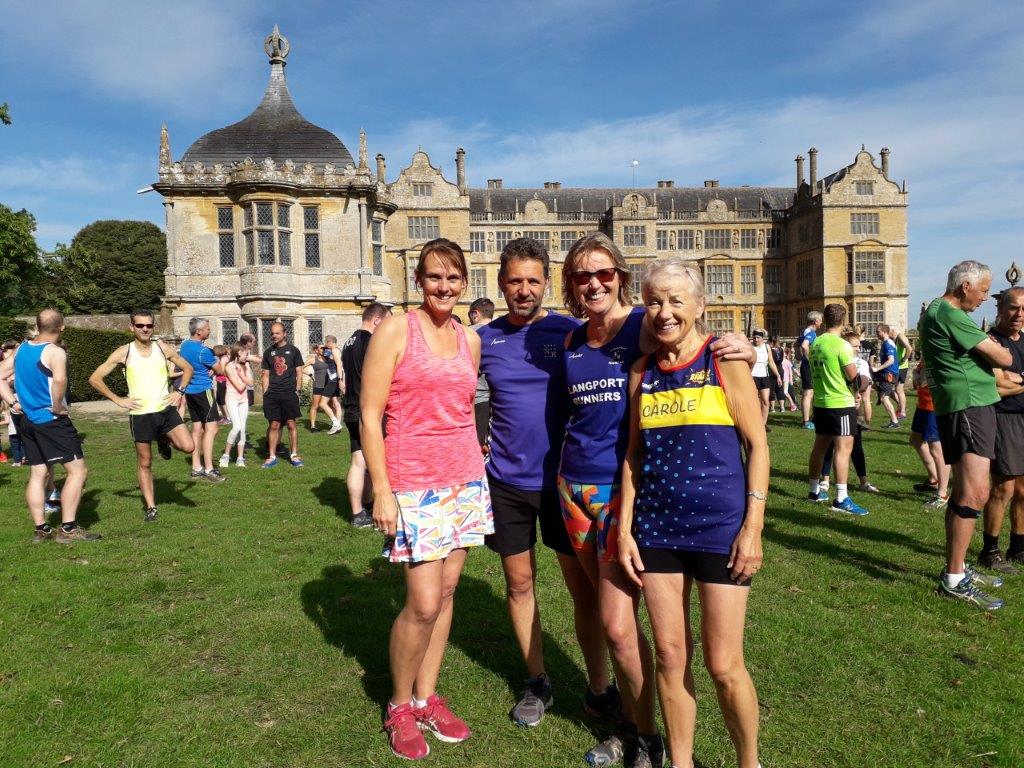