It was a windy one. Montacute was cancelled because of the forecasted wind and the possibility of falling branches. Nick and I
chose Shepton as we thought it would be reasonaby sheltered. I guess it was compared to somewhere like Seaton or Burnham,
but parts of the course were quite tough with the wind directly in your face. When the RD was briefing us (surrounded by trees),
there was a huge gust of wind, followed by a massive crack as a branch broke off and sailed to the ground. Not too close thankfully.

It was Shepton's 2nd Anniversary and some people had dressed up in their 'twins' theme. Celebratory cake at the end. Only
having run this course once previously on a very cold, icy day, I was hoping I could PB and managed to knock a minute off last
time's run. I think the wind helped in parts.

Parkrun stalwart Cathy P ran Longrun with what turned out to be a stress fracture. She went to A&E only after the run. A pretty
good time clocked up with such an injury. Paul P topped our table, for once, no PB. Cathy and Paul are now members of the Parkrun
'50 club'. Well done both.

Over at Street, Martin was warming up for the London Marathon on the following day. My Sam tried Greenwich for her warm up.

Mike and Richard also ran Street, as well as Charlotte for the first time. Don't forget Street's first anniversary next week, the 4th May.
Also a chance to dress up in your Star Wars attire.

"Come and join us for cakes and celebration, in a Star Wars themed parkrun! Can't believe we've been going for 1 year already.

Bring your friends, family, convince everyone you can to come and run their first parkrun and let's smash our attendance record!

Fancy dress is welcomed, anything Star Wars related! Spot prizes for best outfits, and cake at the finish

See you there...MAY THE 4TH BE WITH YOUUUU."

Photographs this week starring he Parmeters: 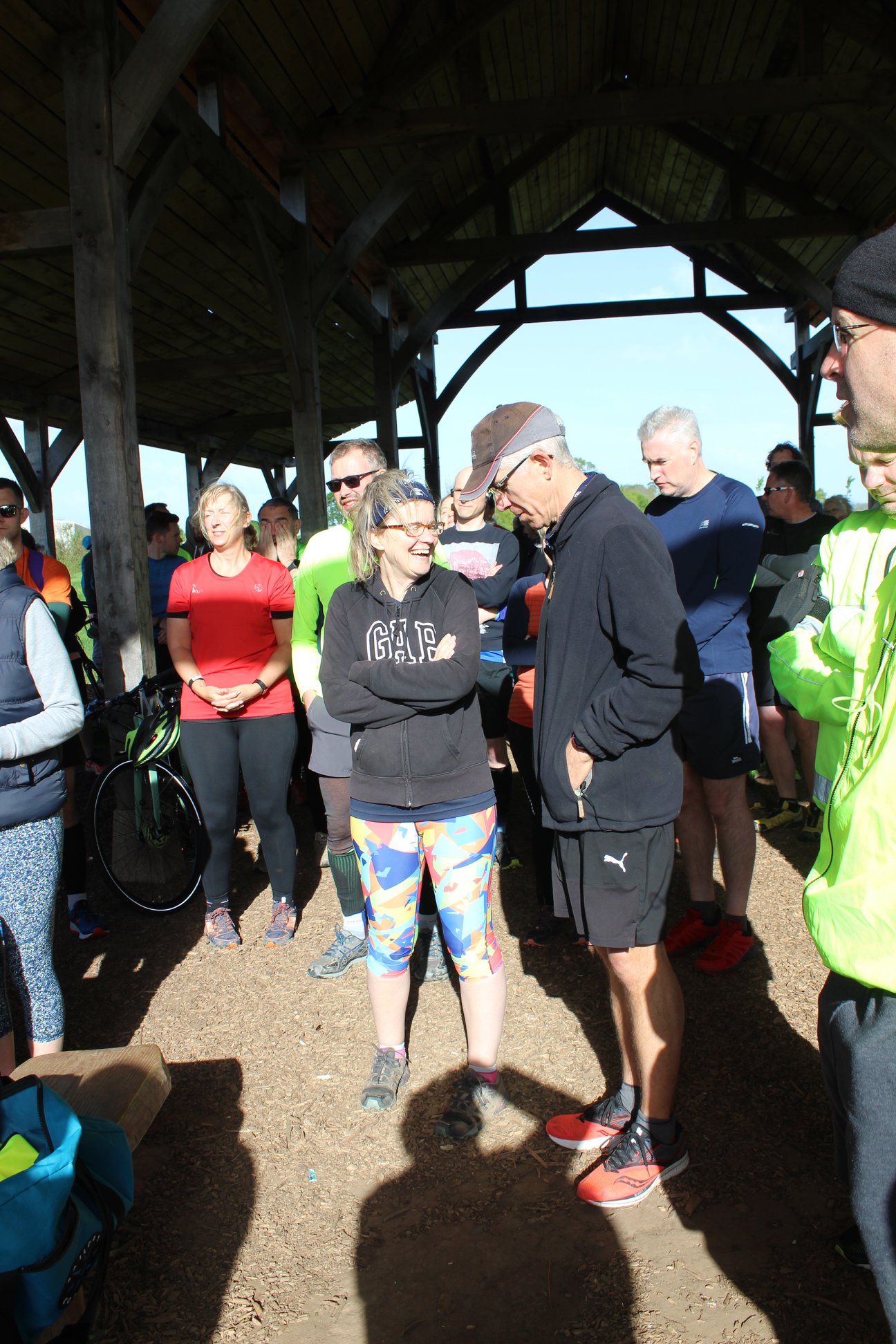 (2) Paul heading through a puddle: 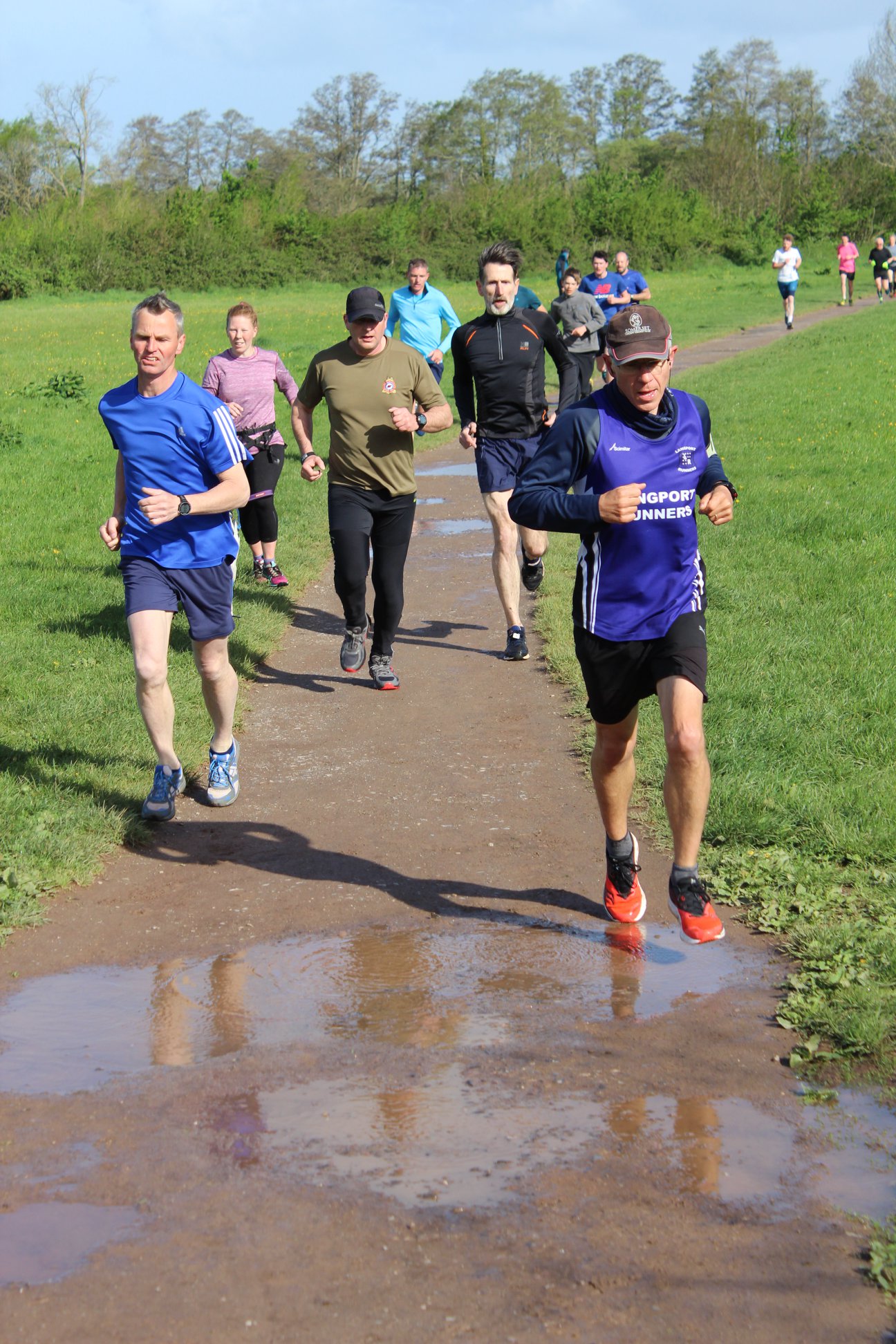 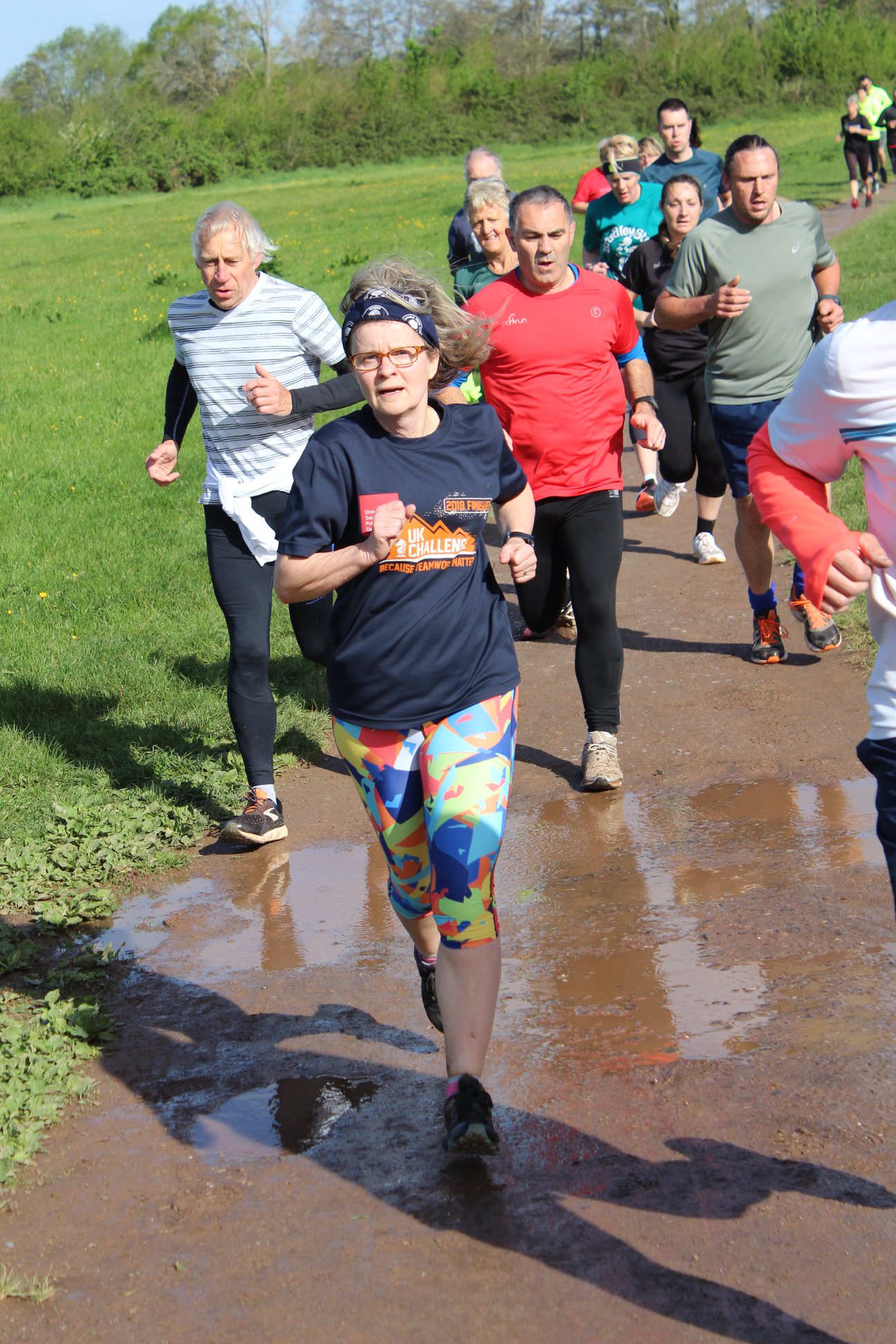 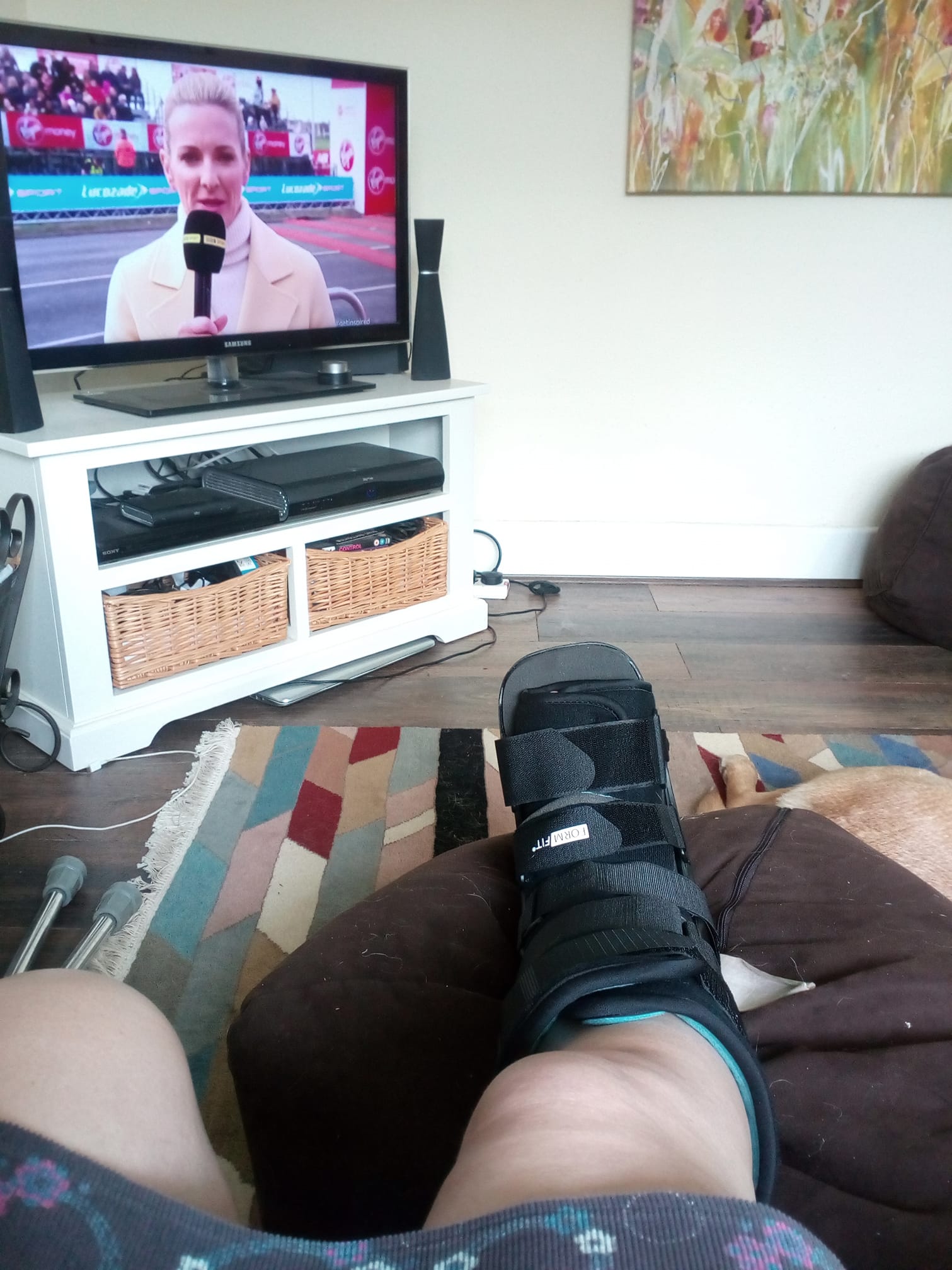